Below are some photos I took in Thailand recently.
Although the first 6 photos were taken at the Tiger Cave temple, there aren't many signs of the temple as I have little interest in buildings and statues. 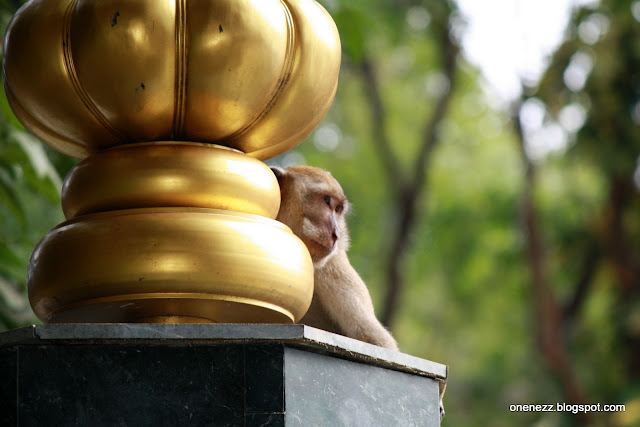 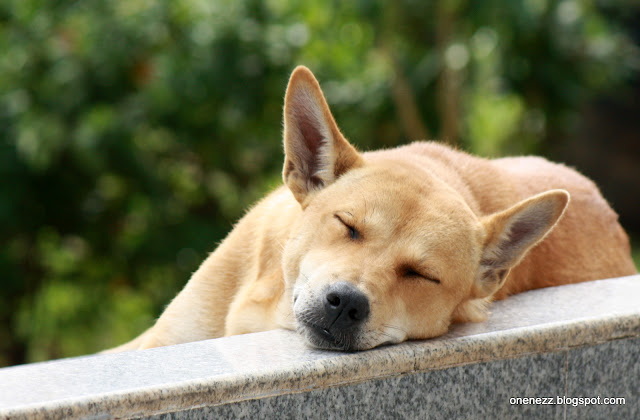 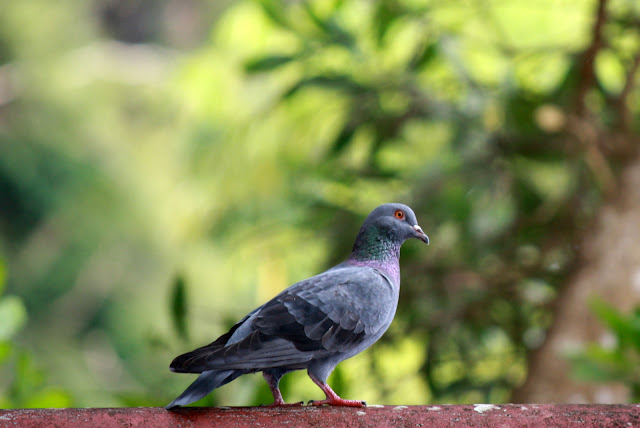 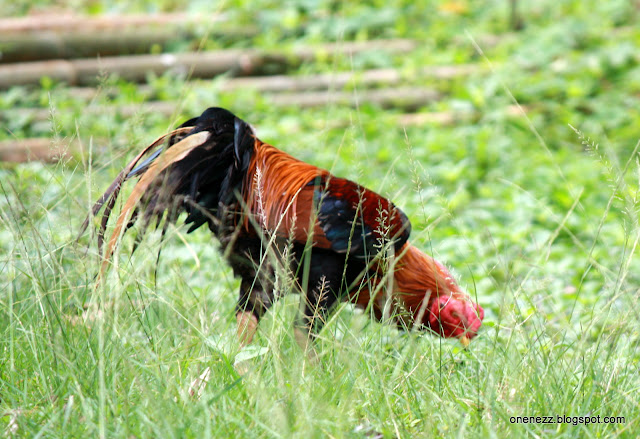 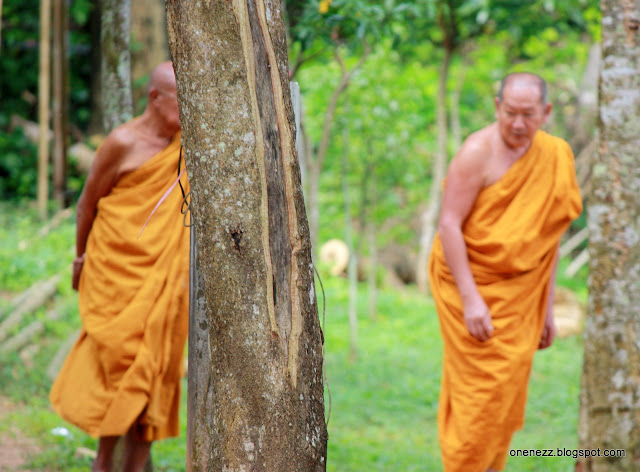 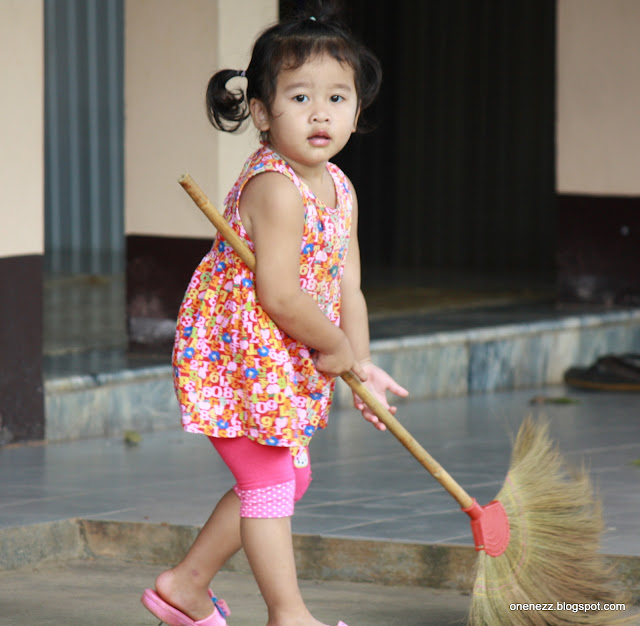 While I was admiring this little girl who waved at me, a stray dog gave me a fright by licking my arms. I thought that action rather strange and quickly went off to clean myself. I hope I didn't hurt the dog's feelings.

There were many stray dogs, monkeys, cats, pigeons and even chicken. I didn't go inside the temple nor took the 1000 steps that lead to another temple up the mountain. Come to think of it, I might as well have visited a farm. But I do enjoy the encounters.

One man chained a puppy near the vicinity of the temple. He wanted to pet the puppy but the latter probably growled at him out of fear. That angered the man who shouted and was about to whack the pup. Almost immediately, a dog dashed forward from across the street and bowed its head in front of the man. That man ended up petting the dog's head instead and forgave the pup. I could have taken snapshots of the sequence of events on camera but didn't think it was appropriate. I feel amazed with how the dog dissipated anger instantly without words. Most people react towards anger with more anger. The dog just bowed. 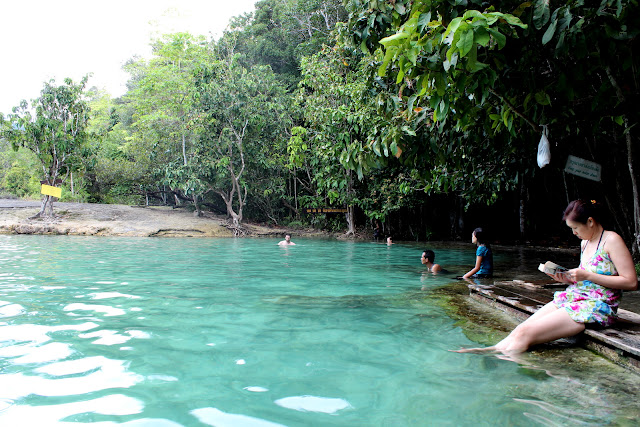 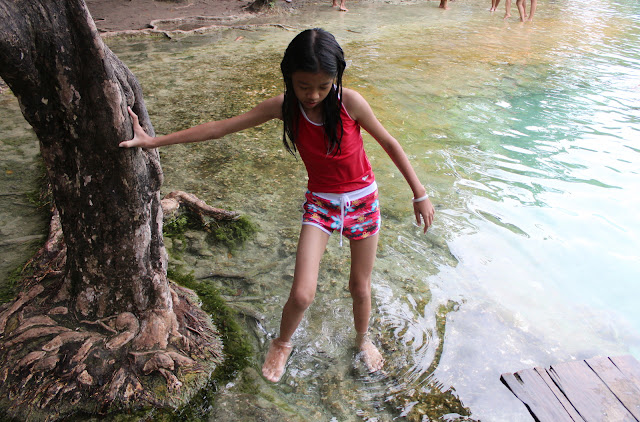 The two photos above were taken at the Emerald Pool.
The water is very clear, GREEN and filled with beautiful fishes but it is too slippery to walk.
We were told that there are quicksands nearby so we did not venture around.
This pool itself is very unique and I think if you are nearby, you should visit.
We visited the hot spring which isn't as beautiful but it was amazing that there were many small natural tubs like 'jacuzzi' with warm running water at 50 degree Celsius.
It also came with sulphur which is supposedly good for the skin. 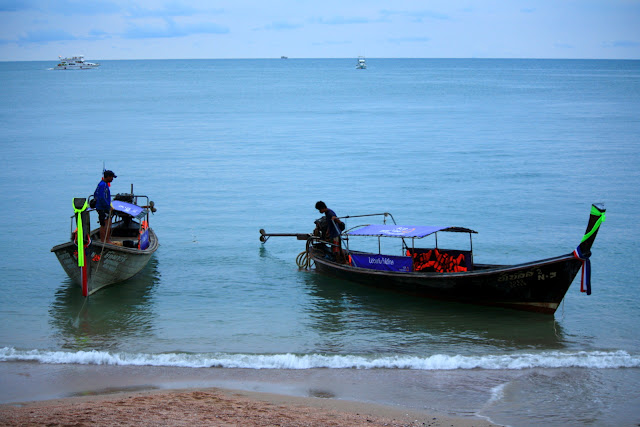 These boats were seen near the hotel we stayed.
There are many beautiful islands out there.
We didn't island hop but visited the shops along the beach. 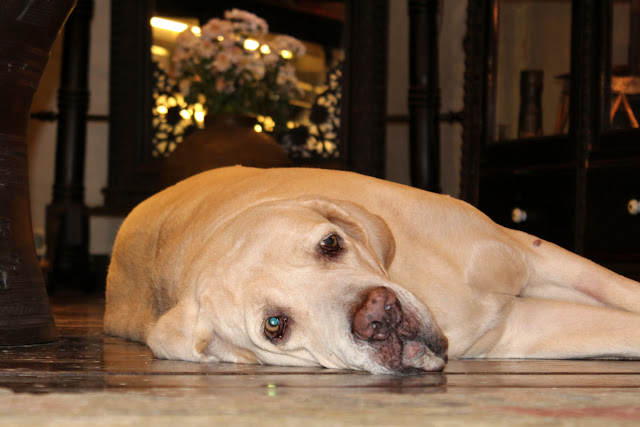 This is what I found in one of the shops.
I don't know what it was doing there but it was definitely not for sale.
Krabi isn't about dogs but about beautiful islands, friendly people, elephant rides, crystal clear natural pools and good food.
I better end this post with some nice flowers I took from the hotel because it may appear to be 'dog-sided' at the moment. 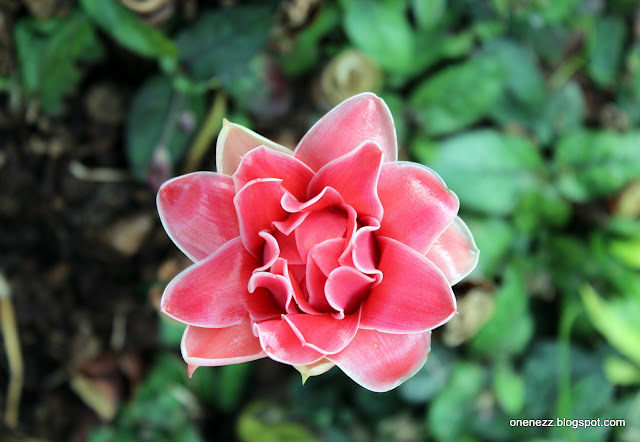 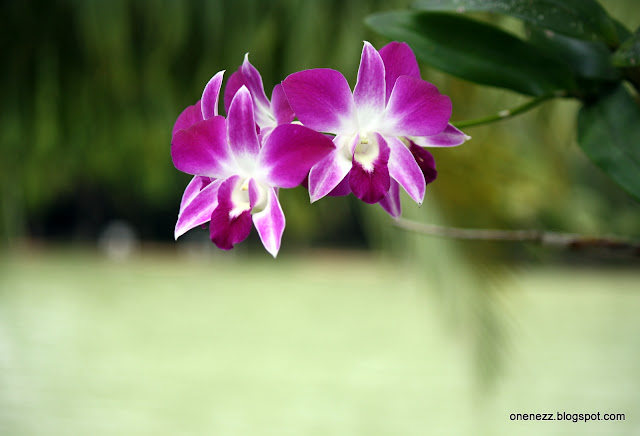 Check out This or That Thursday for other happenings around the world.
Posted by One at 22.12.11

Thank You for Following

Join the Monday Photo Caption fun each week.
Selected captions will be posted the following Monday with links to your websites.