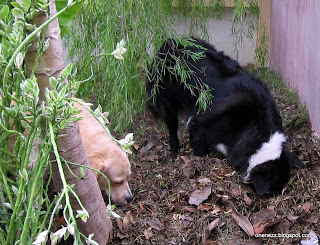 "Batu, You in there? 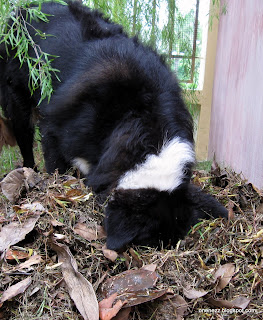 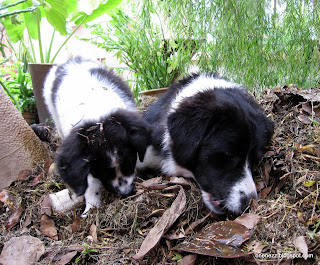 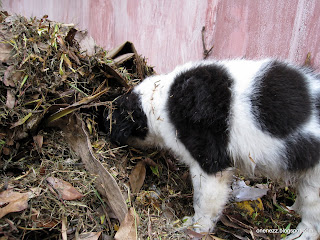 "It's getting dark. I cannot see anything." 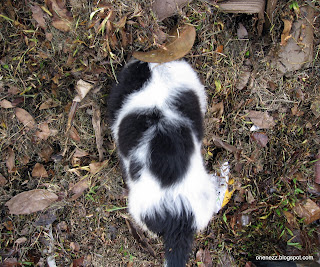 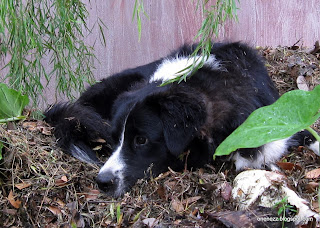 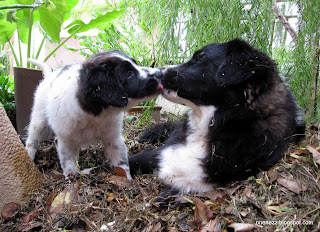 A 'sawah padi' appeared  in front of my house after a flash flood. 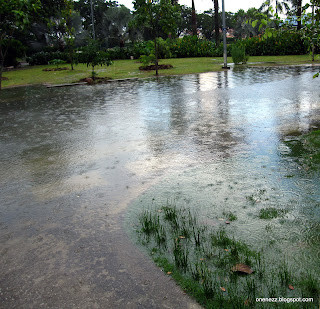 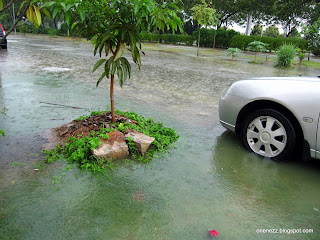 A beautiful rainbow appeared in front of my house after rain. 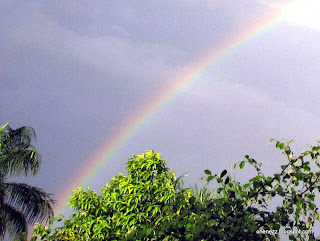 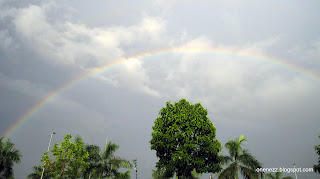 Sleeps Best
With A Head Rest 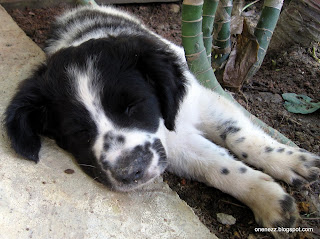 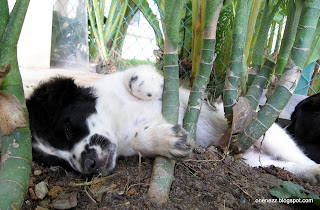 Splashed It Wet
Prior To A Nap 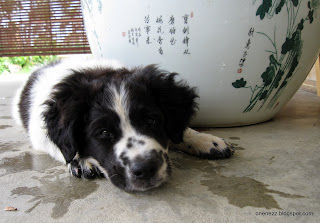 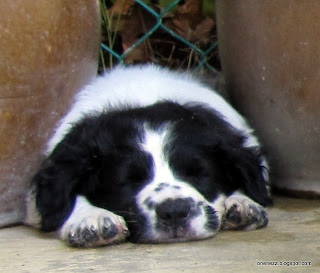 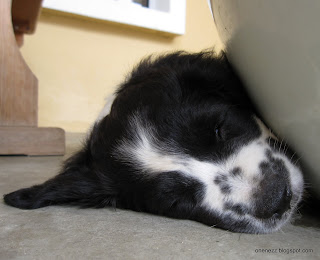 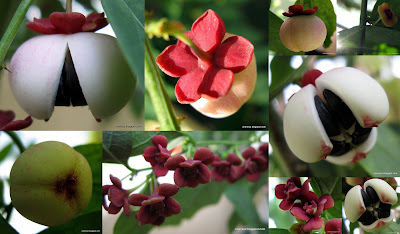 A Vegetable That Is Sweet

With Pretty Flowers, Fruits and Seeds
Beauty Rarely Noticed Indeed
Beneath The Leaves They Shyly Hid

In Malay, The Plant Is Called Cekur Manis
But It's Known As Mani Cai For The Chinese

I had the intention to let Batu go if he ever attempts to escape. An escape attempt may mean that he wants to move on. However, if he doesn't make any attempts to escape, it may mean that he's quite comfortable here and I am more than happy with his presence. Many a times, when I thought he has left, I found him again inside the compost pile. I checked on him daily and noticed that he enjoyed tomato and even pomegranate apart from the usual banana, water spinach and water lettuce that were served. He usually appears only at dusk or dawn to have his meal. 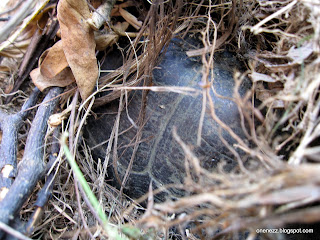 On Haloween morning, Batu was no where to be found. Shortly later, he was discovered by a security officer who brought him back to me. I was glad to see him because I had not said my good-byes yet.

On the same day itself, together with the the couple who rescued Batu from the dangerous road, we released him at a pond. It was not the cleanest pond but the environment should be a whole lot more ideal than a garden with a 'pond' too-tiny and dogs too-many. 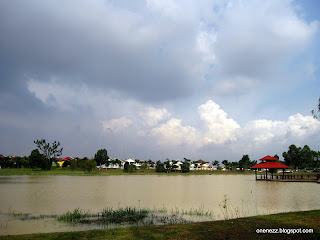 We had expected Batu to rush into the pond but he walked and walked on land instead. 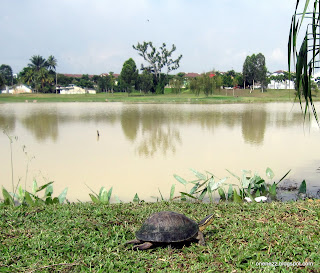 He headed toward a mangrove area which was not the least swampy that day. 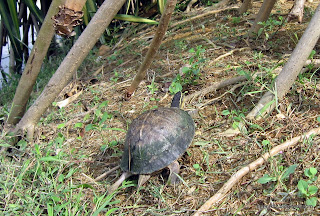 We said good-bye but somehow it didn't feel quite right. 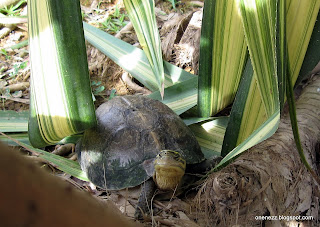 Thankfully, Batu's rescuer came along. He wasn't satisfied with Batu's hide-out and looked for a better home for Batu. With some effort, he found a spot with water spinach growing and a small pool which Batu happily dived in.

Later I found out that Malayan Box Turtles are known to be clumsy swimmers and prefer shallow water. Maybe that was why Batu preferred a small pool than a vast pond. Batu has moss growing on his shell. It looked a little ugly but I read that the moss is supposed to be a good camouflage for him against predators. The strange thing is that the photo I took of him in the compost pile just a few days ago didn't show any moss. The first time I saw the moss was when he was handed to me by the security officer. I had my doubts if it was Batu. The size was the same. The face and the tail looked the same too. However, the carapace and plastron were definitely different. Then again looks can change over time. Maybe I didn't notice the transformation since he remained mostly in the compost pile and only appeared in the dark.

Batu had stayed with us from 15 Sept to 31 Oct 2009. We hope Batu is having a good time out there and sure hope to see him again.

Thank You for Following

Join the Monday Photo Caption fun each week.
Selected captions will be posted the following Monday with links to your websites.